PLDT TELPAD Launched was a Blast!

Last night December 13, 2010, I’ve experienced and held in my hands the first in the world, a landline with a touch screen tablet – the New PLDT TELPAD. Philippine Long Distance Telephone Company – PLDT one of the largest telecommunication company launched their own Android 2.2 Touchscreen Tablet (7-inch) called the PLDT TelPad. It’s bundled with PLDT myDSL and landline. You can have it at a starting plan for only P1895 – you’ll get 1Mbps, the tablet, and the landline for free. “Yes it’s FREE.” Although it’s locked-in for 3 years as Mr. Patrick Tang – VP for Retail Voice Acquisition noted during an ambush interview with a fellow blogger in SMX Mall of Asia. Meantinme, for existing PLDT myDSL subscribers, they only need to add P500 per month to be able to upgrade to the TelPad plans.

Too bad for those living in the province like me, this new package will be available for Metro Manila subscriber only for the time being. Mr. Patrick Tang said that, “Hopefully, by January 15, 2011 it will be available also in other regions.” during our interview. 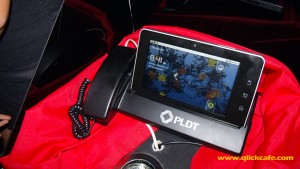 The PLDT TelPad tablet is powered by a 1Ghz Cortex A8 processor and runs on Android OS version 2.2. The unit has a 2GB internal storage space which can be extended using an SD card and USB slot for extended hard drive. It has a 2-megapixel front camera for still video conferencing calls. It can run undocked up to 40hrs on standby mode and you will be able to watch 3 movies if you want to measure the battery life the other way around. When I checked the unit, noticed at the back of the tablet it was labeled made in the Philippines by the company named “Neugent Technologies, Inc.”

How will PLDT address the growing demands of digital communications?

According to Mr. Patrick Tang, he said “PLDT have completed the P2.8‐billion upgrade of the PLDT Domestic Fiber Optic Network, the country’s most extensive and resilient fiber optic network making the company capable of supporting the high‐bandwidth requirements such as the PLDT TelPad.”

How long did you conceptualized this project?

During in an interview with Mr. Tang, He noted that it started March 2010 with the collaboration of IT engineers and Marketing people of PLDT. Please watch the video. 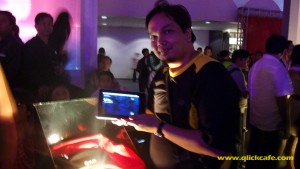 Note: This is only a teaser post, I will create a new post regarding the PLDT TELPAD Product Launch in details the soonest possible.

For More Information Please Visit the Links Below:

PLDT LAUNCHED THE PLDT-TELPAD WITH A BOOM!

Globe 4G Expansion to Launch HSPA+ in the Country