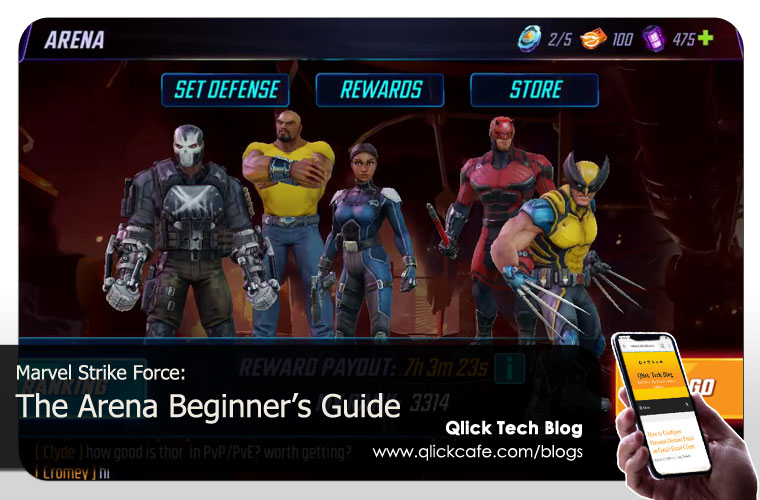 Before you can play and participate in the MSF Arena, players must be in level 30 to unlocked every mode of the game. You will be competing PVP (Player-vs-Player) fights against other people in your server which has the same time zone.  Every player will have to start from the bottom and battle their way up to the highest ranks. You’ll need to keep fighting  until you consumed all your battle attempts for the day. Players are allowed to participate 5 times a day for free and fight once every 15 minutes only. 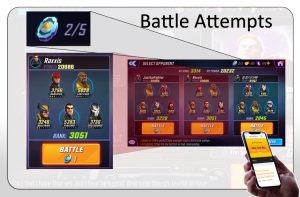 Every time you’ll win, you get the rank of your losing opponent. At the end of each MSF Arena event, you’ll get to earn a certain amount of Power Cores and Arena Credits that is based on the bracket of each rank. The higher you rank the greater the rewards. 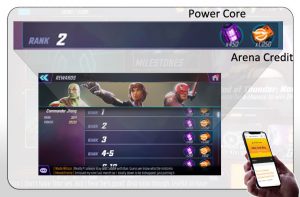 1. Create your 5-character defense squad. This is required because this will be the team that other players will battle. This will be your defensive squad. 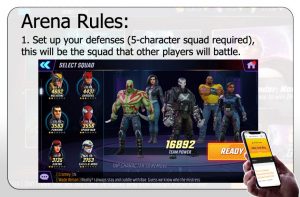 2. Then choose your offensive team. The game will provide your 5-character offensive team, but you can choose a different squad character that will sooth your tactics or your opponents.  Important! You only have 60 seconds to select your team members so choose wisely but briefly. 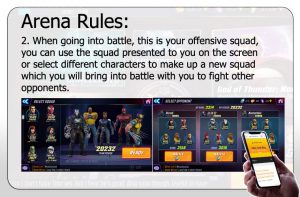 3. Every time you battle an opponent, you switch ranks every time you win. Before you tap the battle button,  take note of the characters and power level of your opponent’s team.  This will give you an overview and help you prepare tactics on how to attack them. 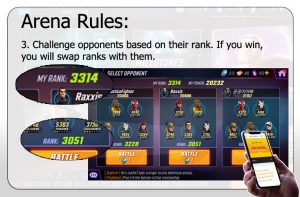 4. You must wait for a period of time before you compete in the arena again. You can use  POWER CORES to refresh the battle attempt button right away. 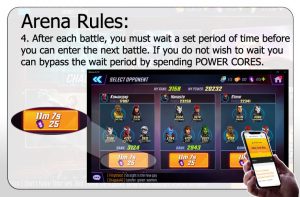 5. Check your inbox every day for your rewards. A notification will be provided and  the number of battle attempts allowed daily will reset to 5 again. 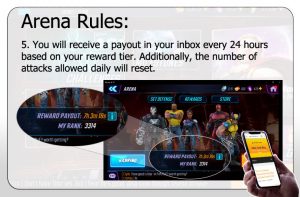 6. The Marvel Strike Force – Arena is based on your timezone and the date when you join. Every Arena has a maximum number of players allowed, and when it reaches full capacity, a new instance of the Arena will be created. 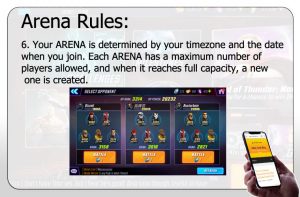 7. Every time you join battles, your defense squad can be attacked by other Arena Players. 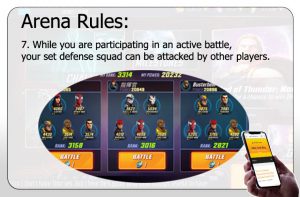 To give you a walk through what’s happening inside the Marvel Strike Force Arena, I have embed this youtube video: Enjoy!

So what do you think? I hope this Marvel Strike Force Arena Guide will help you rank up and dominate the MSF Arena campaigns. Thanks for visiting.